I got this A2000HD from a very nice guy that used it for video production back in the old times. The machine wasn’t in the best shape, it came partly disassembled and very dirty. 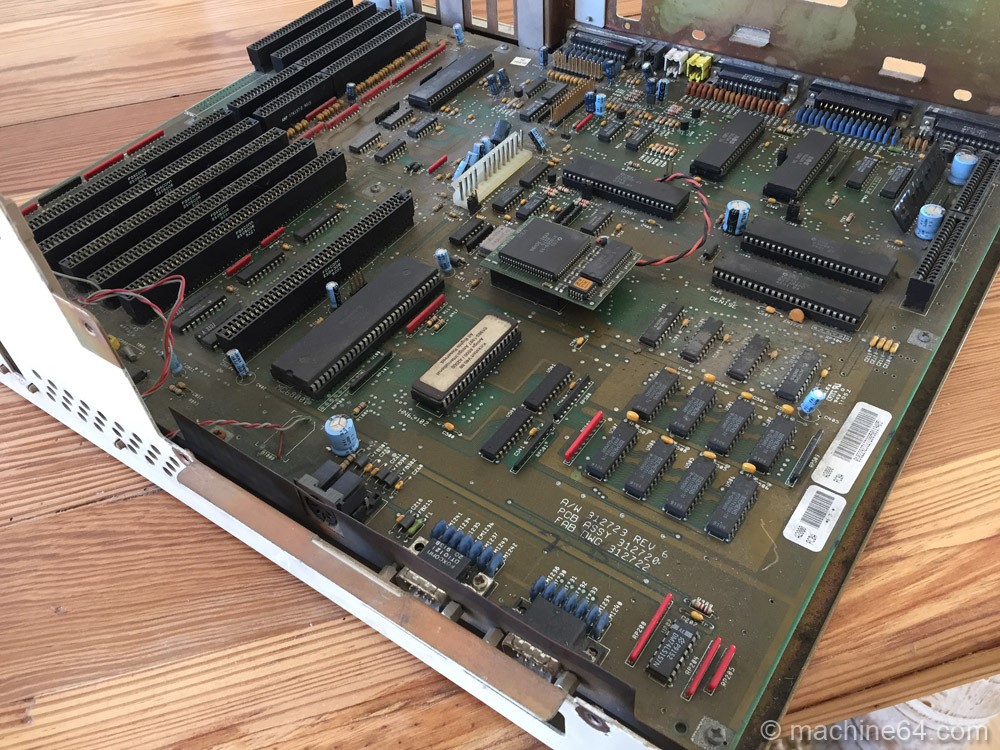 I proceeded to remove the power supply and give the motherboard a good cleaning with a brush, compressed air, contact cleaner and isopropyl alcohol. 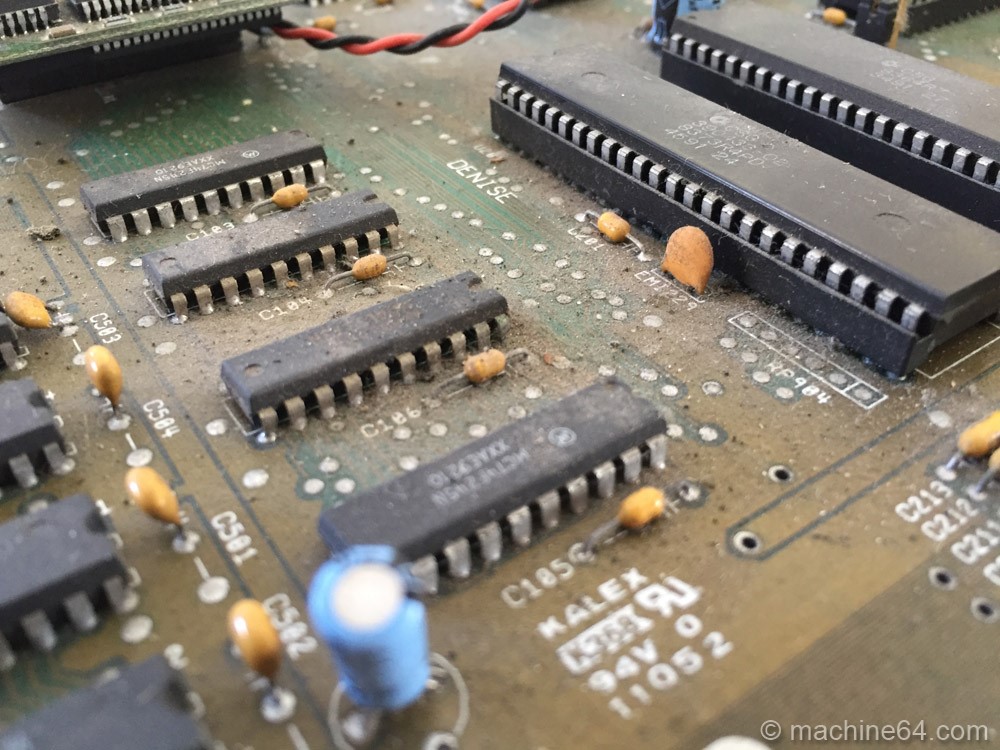 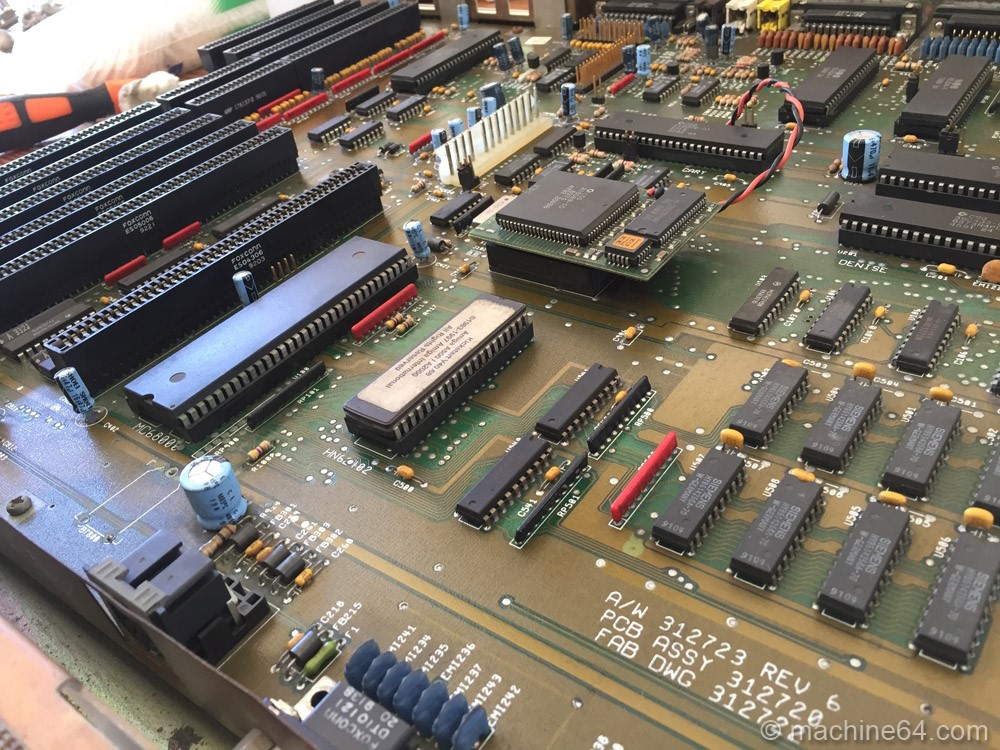 Luckily somebody removed the NiCad battery, although it did some damage to the motherboard as seen in the following picture. 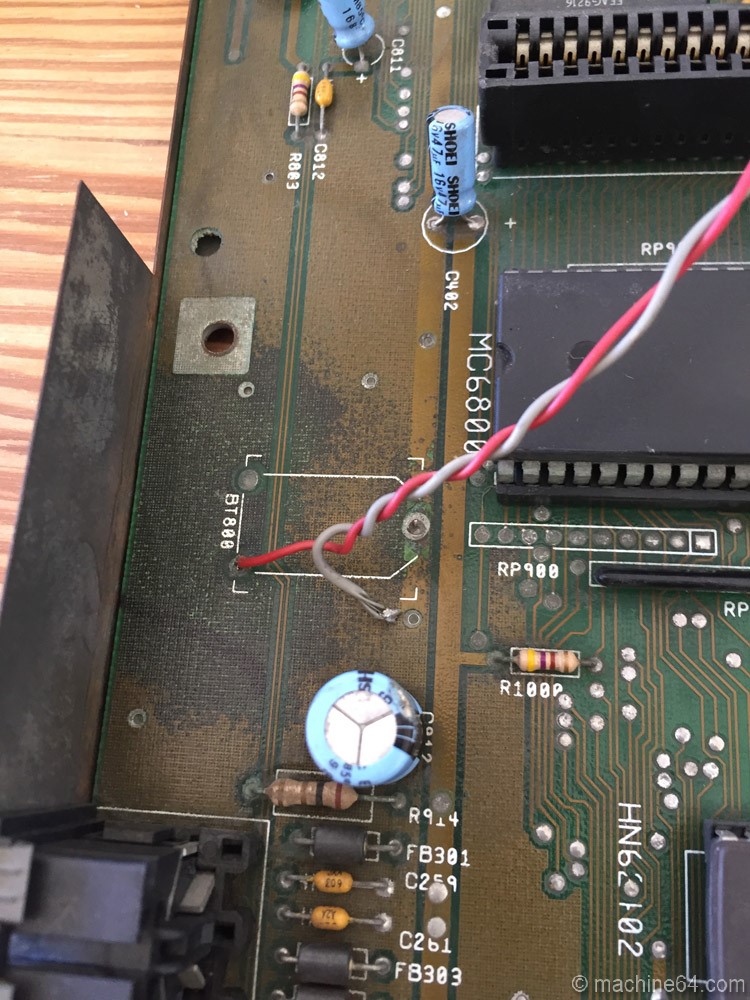 The machine came equipped with a bunch of cards, accelerators, drive controllers, video, etc. Before testing the machine I removed all these upgrades except for the Mini Megi chip.

Upon firing it up, it didn’t show any signs of life, so first thing to check was the power supply. And in fact the PSU was dead, no voltages on any of the lines. Most easy fix for this was replacing the entire PSU with a new ATX one. A generic cheap one will work, luckily I have several of these lying around, so I took one and made some modifications to fit it inside the Amiga PSU case. I’ve also used the original Amiga PSU power cables. 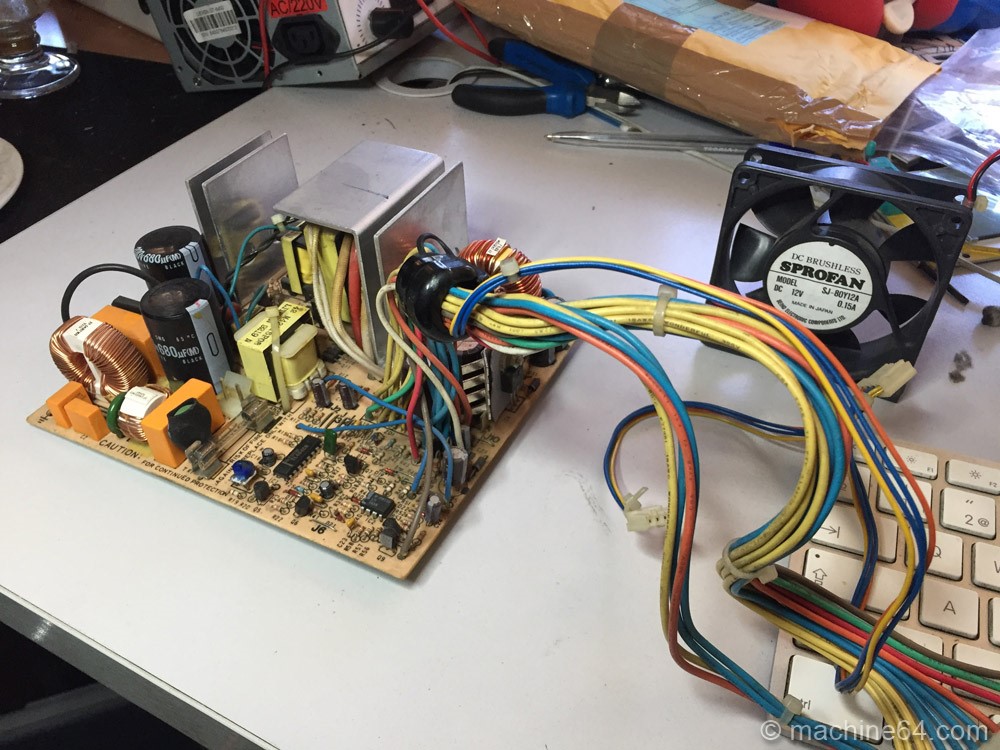 Original Amiga 2000 PSU and fan stripped from its case 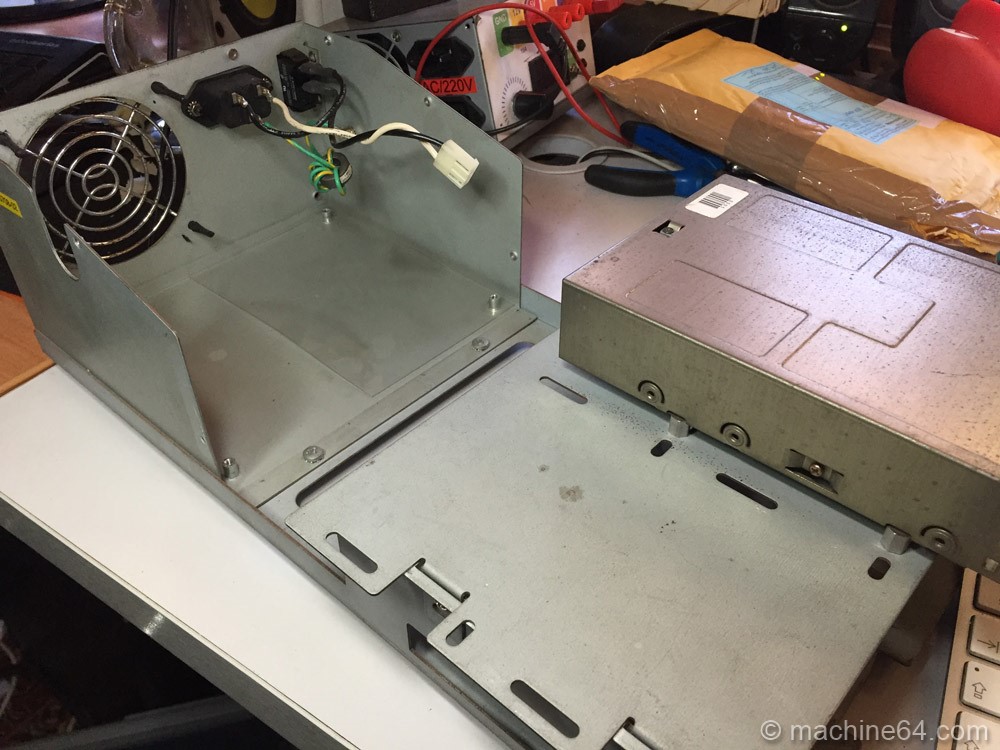 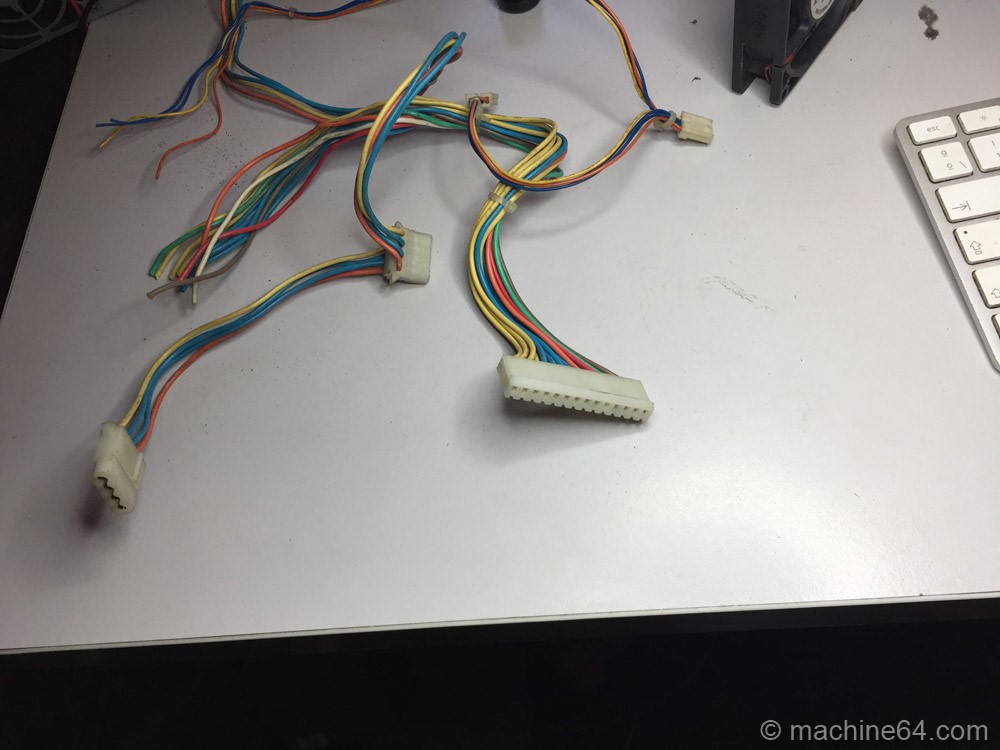 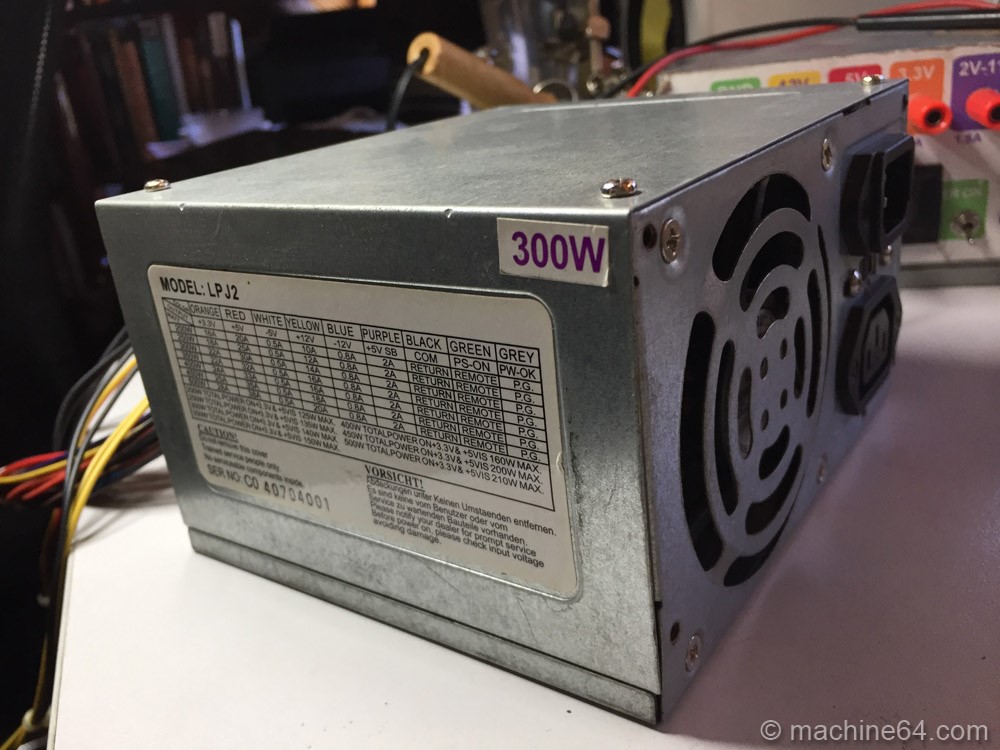 As I say before, you need an ATX power supply, but check that it has the -5 volts rail, the later ones don’t have this and the Amiga 2000 requires it. If you don’t find a PSU with -5v, you can make and easy modification and add a voltage regulator like the 7905 connected to the -12v rail. The PSU shown in the picture had the -5v line, so things were easier. 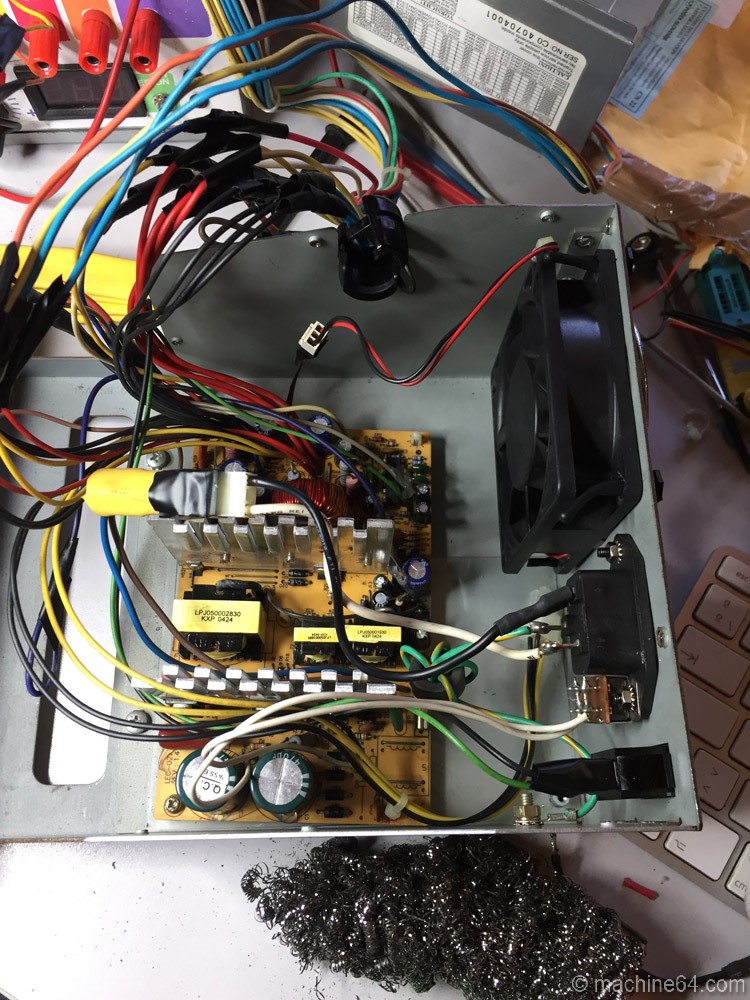 After some hours of soldering, I had a working Amiga 2000 PSU again! But before you can power up the Amiga, you need to change a jumper setting on the motherboard. Look for jumper J300 and close pins 2-3. This is due to a TICK signal, the original Amiga PSU provided this signal, but the new ATX doesn’t. With this setting the machine will take the signal from V-SYNC.

So let’s fire the machine up! 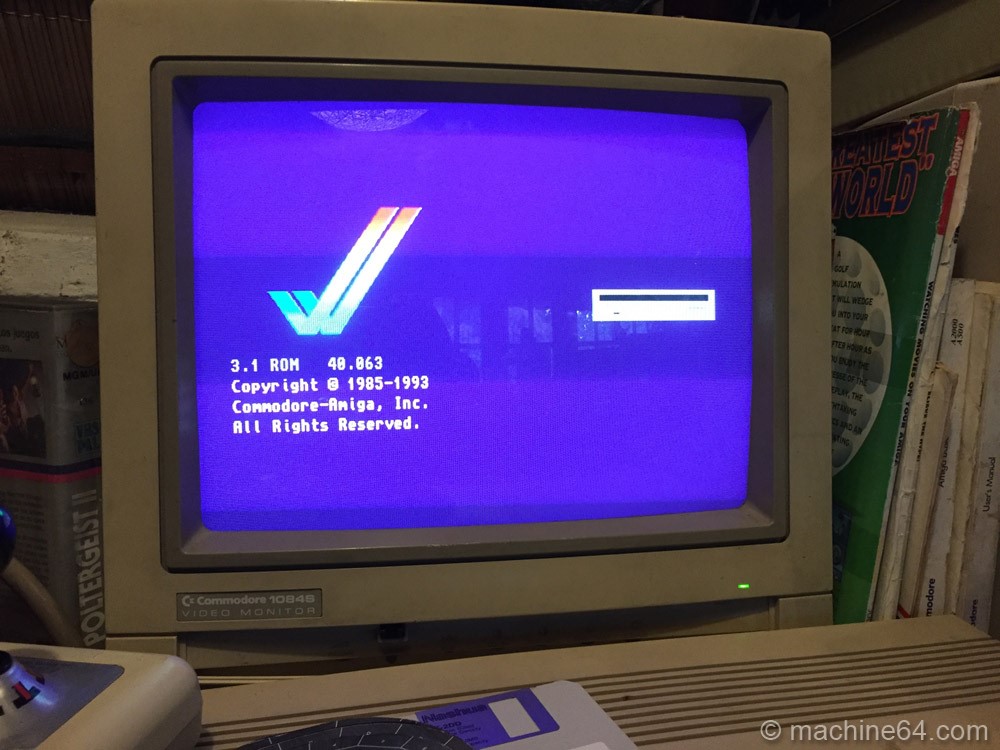 WOW! the Workbench 3.1 boot screen! The Amiga was alive!

After this, I cleaned the computer case and dissasembled the floppy drive, as it must had years of dust inside. 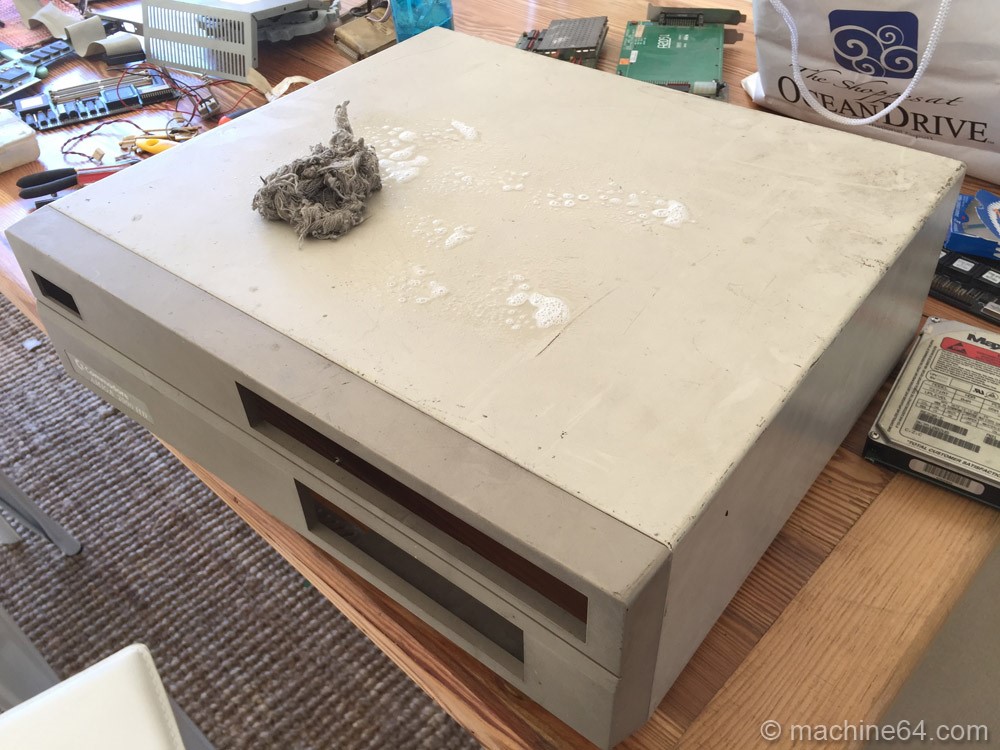 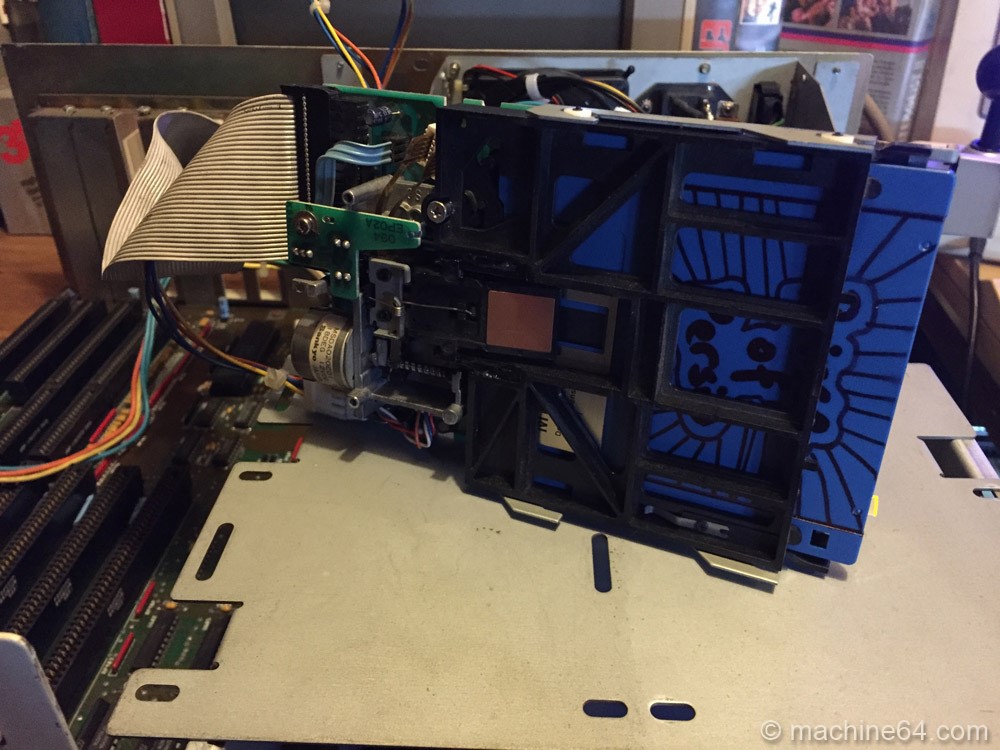 After cleaning and lubricating the floppy drive, I tested it. It was in working order. Time to assemble things again and try the expansions cards. 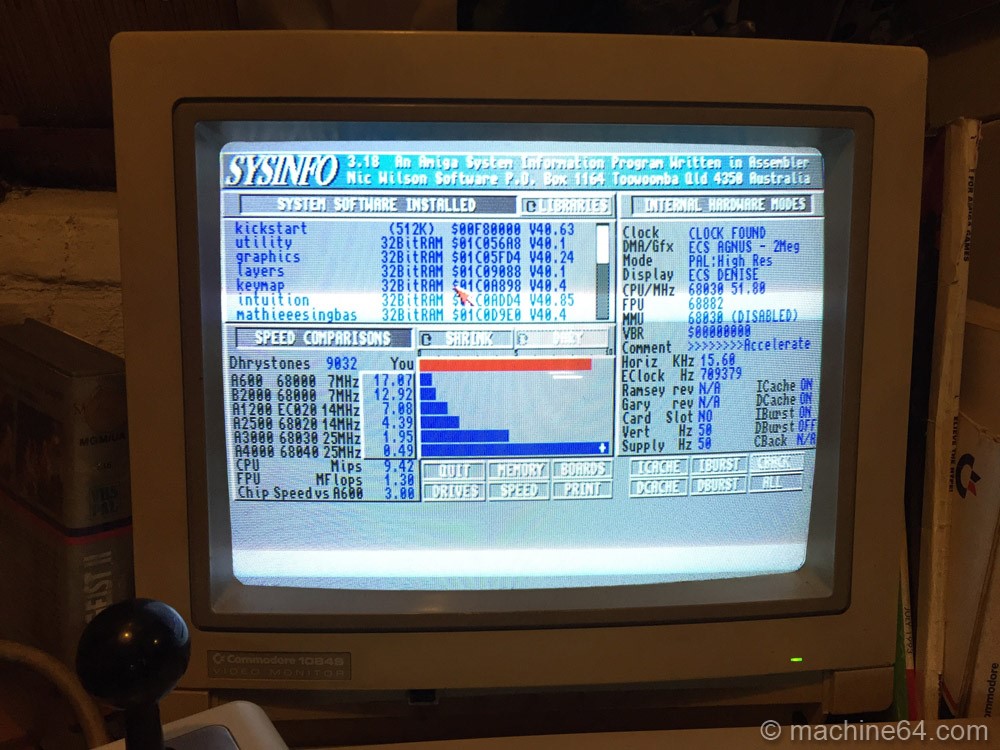 I’ve tried the accelerator cards, in the image above you can see the speed compared to other Amiga models. This card was the Apollo 2030/50mhz with 8mb RAM. 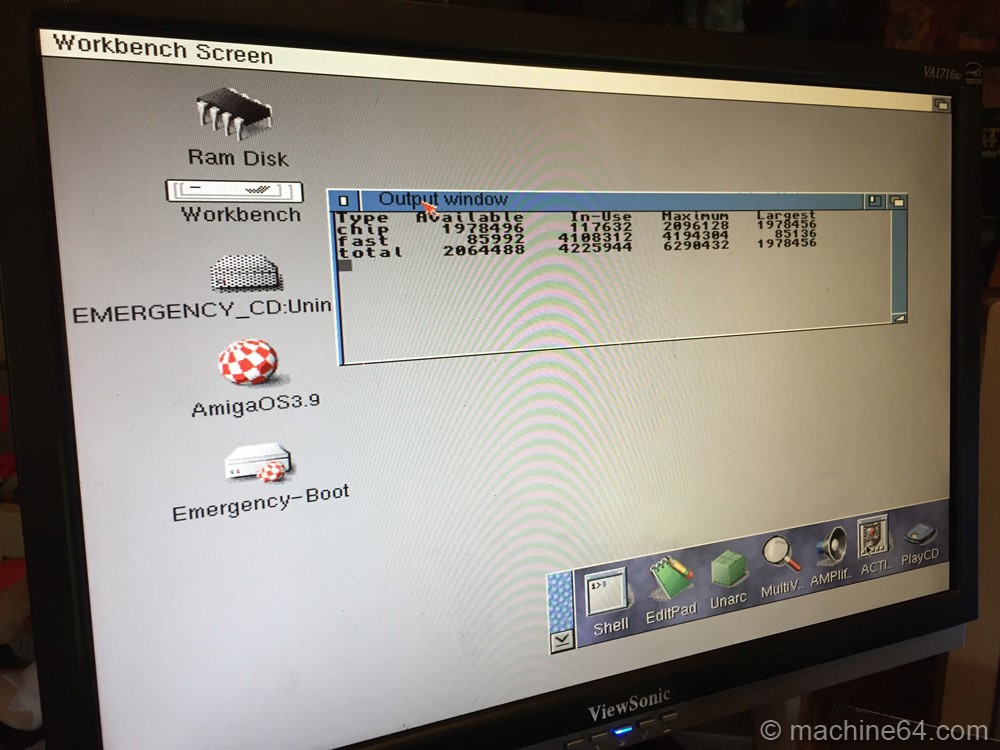 This is an RTG video card, it makes the Amiga capable of showing more colors and bigger resolutions. It outputs VGA. 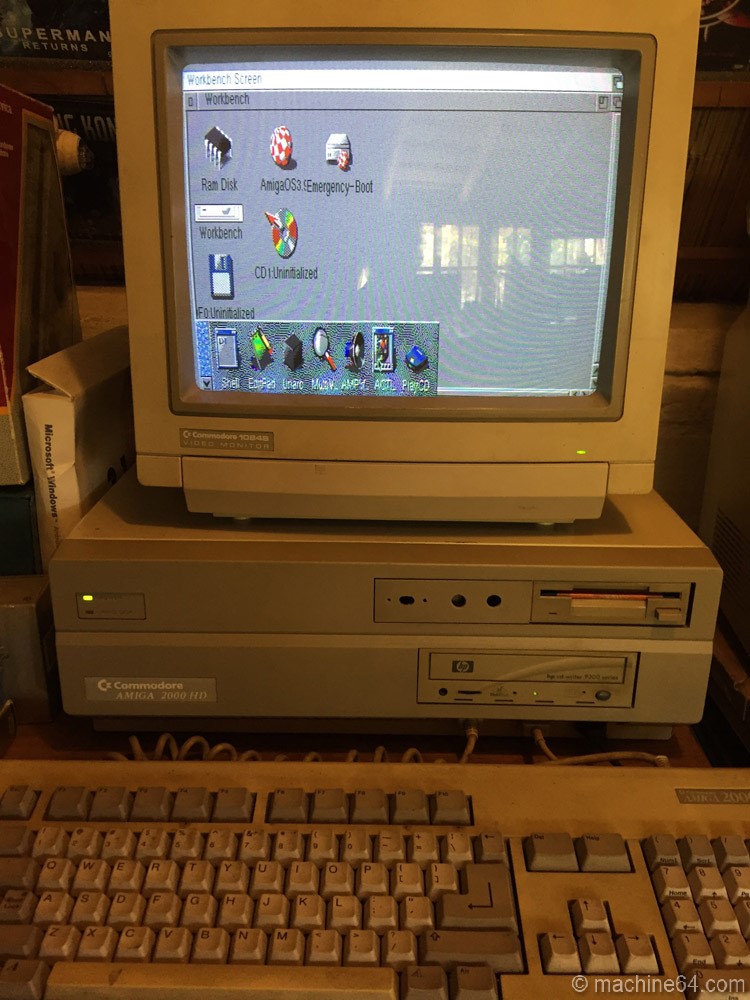 I even installed a CD drive, one of the cards (Catweasel ZII – S Class) added support for IDE drives. I still have a couple of cards to test, but so far they all seems to work fine. With the CD drive installed I was able to upgrade the machine to OS 3.9.

I’ll be playing with this machine for a bit.