I got this nice IBM PS/2 Model 25 with a non working Floppy Drive. It also came with an after market Hard Drive and HDD controller.
Upon firing this thing up, I’ve noticed a horrible sound, it was the hard drive read/write head scratching the plates. So the HDD was unrepairable for me.
What I did was remove the HDD and try to repair the Floppy Drive.

I needed an image of a disk called ‘Starter Disk’, it’s specific for this machine. After searching online I found it and proceeded to write it with a program called ‘TeleGet’. Once the Floppy Disk was ready, I booted the computer with it, but I had no luck, the floppy tried to read the disk, but eventually failed and loaded BASIC from the ROM.

After a drive cleaning and lubrication I had the same results. The fix was easy, I had to replace all the capacitors on the floppy drive PCBs. A couple of capacitors were surface mounted and more difficult to remove. 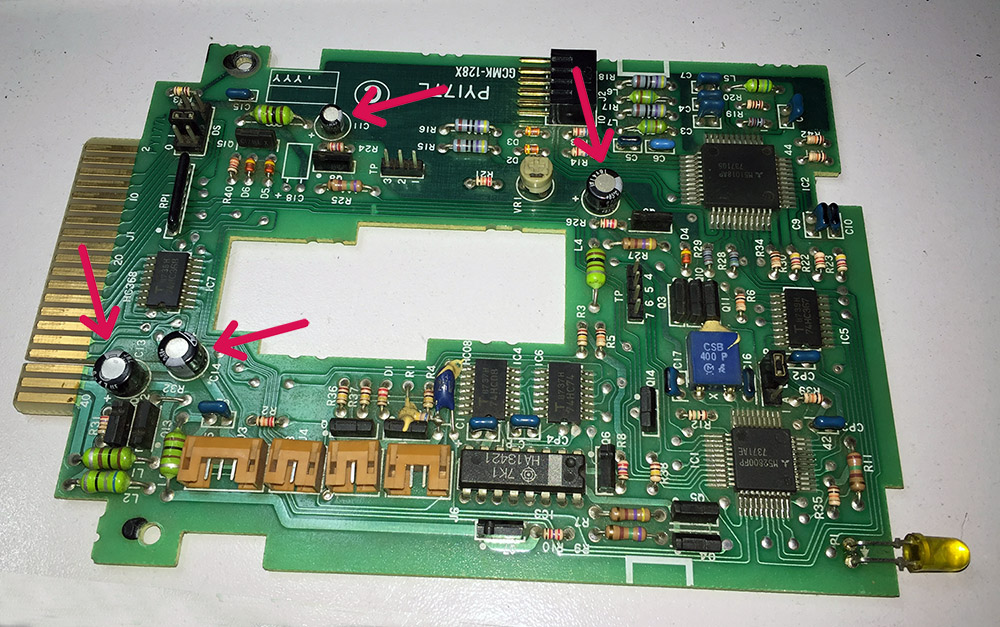 Floppy Drive top PCB showing the capacitors to be replaced. Don’t forget the bottom ones! (Not shown here)

After a full recap the floppy drive is working again with no problems. I’ve learned that this is a common issue with these drives. 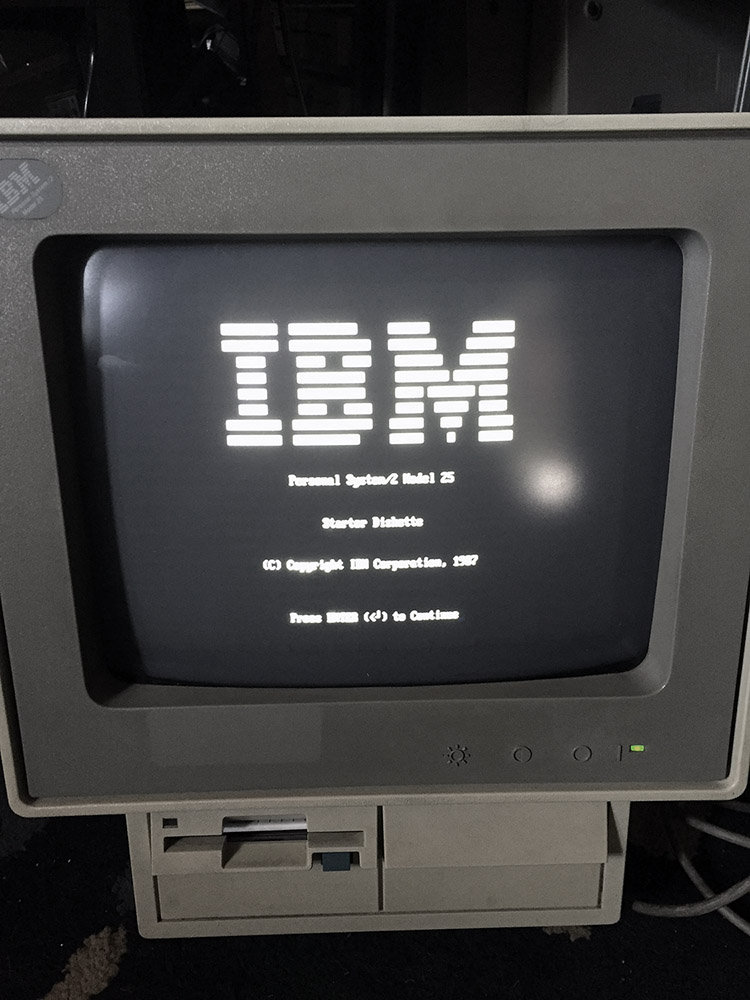 Floppy Drive loading the ‘Starter Diskette’ for the Model 25.