As a kid I had a bunch of different joysticks for my Commodore 64, then for my Amiga 500. Lots of them had a premature death, as me and my friends (mostly my friends), loved to smash the buttons as they were the arcade sticks. Of the few joysticks I have now, the TAC-2 is one of them, one that survived and continues to works, and my favourite controller of all time.

They are well build, but not indestructible, I had a few, two black and then 2 white ones, the latter being a rare one and hard to find now. The internal mechanism is very simple but effective, just wires with metal contacts that short when you press a button or move the stick, there’s no PCB or chips inside.

The one that endured my childhood and still works is the white TAC-2, and like most white plastic things from the past, it got yellowed. Anyway, I’ve read about ‘Retrobright’, a magical product that whitens the cases of computers and old electronics. But before Retrobright, some people were whitening their old computers with hidrogen peroxide, the stuff that makes your hair blonde.

So I got a bottle of 80% creamy peroxide and applied it to the TAC-2. You need UV light for this to work, so I left the joystick under the sun for about an hour. Check the pics for the result, the plastic is now white as it was before. 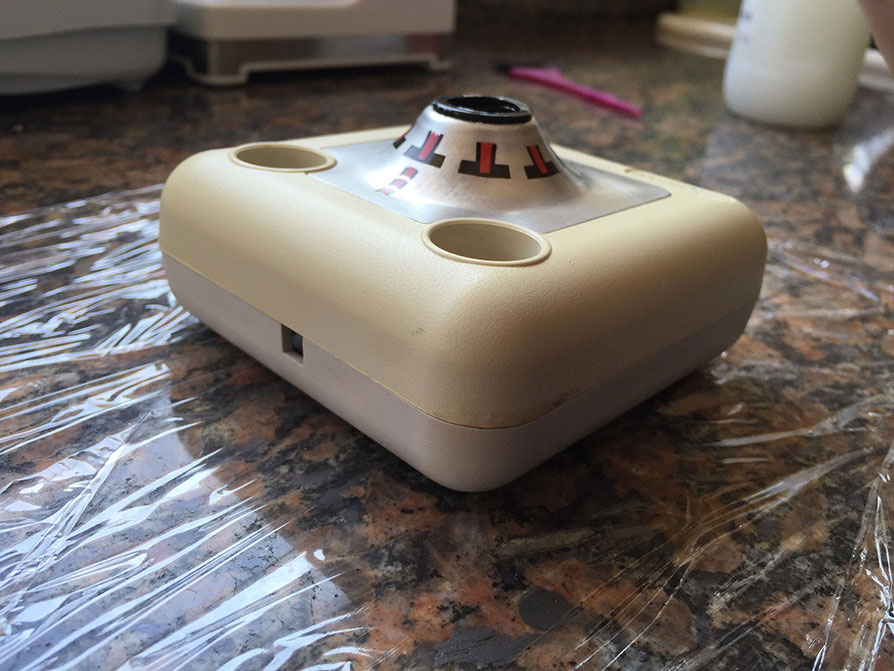 Here you can see that one of the halves has been ‘retrobrighted’. 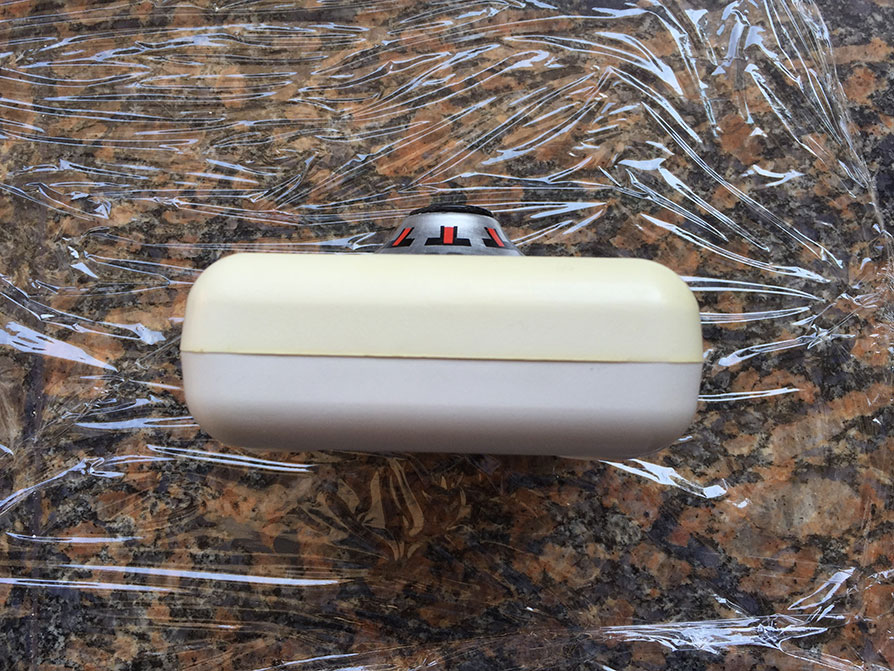 Another shot before I applied the peroxide to the top part. 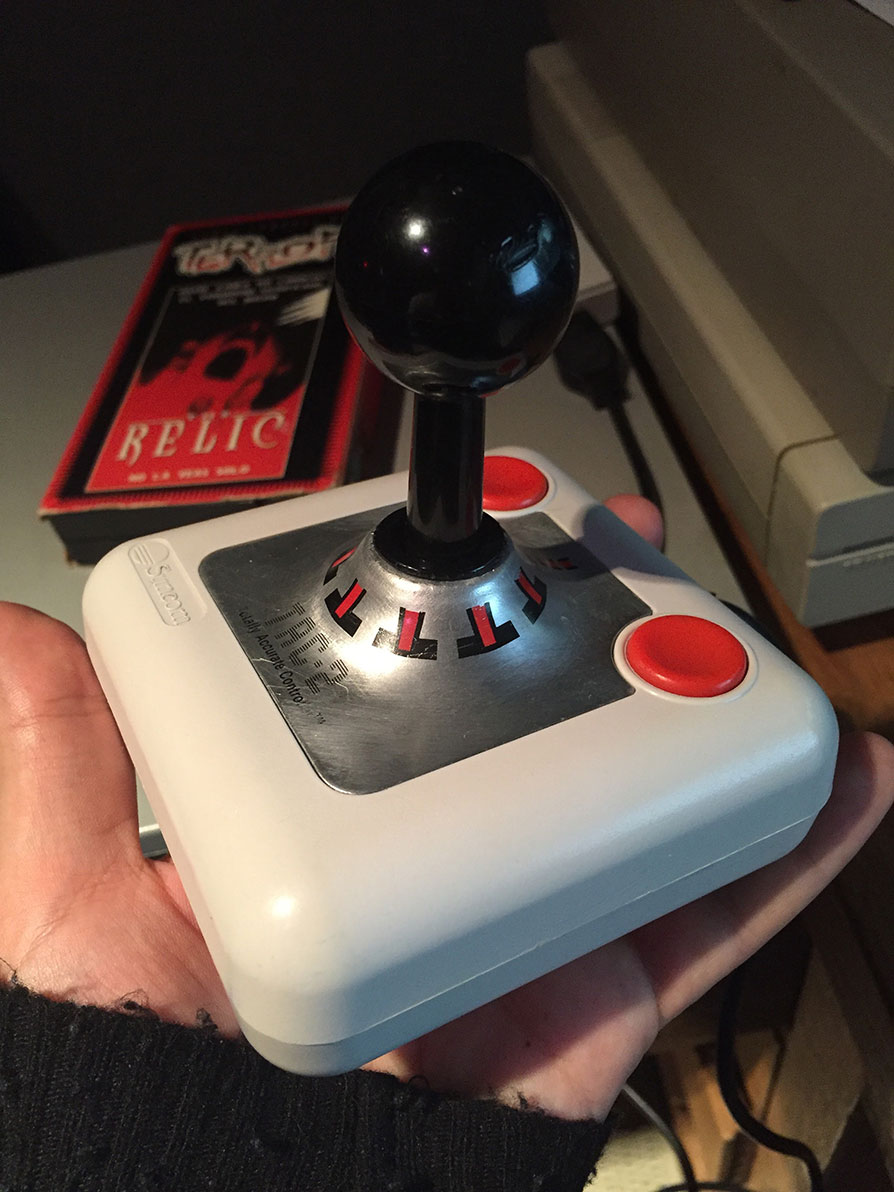 2 thoughts on “Retrobrighting the TAC-2”